I'm a 2007 Sondheim Prize Semi-Finalist! Therefore I will be less social this week than previously planned.

"For the second round of review the jurors will look at a larger amount of your work and will select approximately six artists who will be the finalists for the prize. These artists will have their work shown at The Baltimore Museum of Art. The remaining artists will be included in an exhibition at Artscape 2007 in the Decker and Meyerhoff galleries in the Fox Building of the Maryland Institute College of Art."-Gary Kachadourian, Visual Arts Coordinator, Baltimore Office of Promotion & the Arts

My latest obsession is POPCORN on Prettythingsss.com. These are the folks that brought you the YouTube hit, Straight for Minute. POPCORN is a web sitcom based in an art house movie theatre. All the patrons of the theater are drawn with bic pens but the workers are live actors. The production itself is a parody of art house movies. In a very po-mo style the segments include parodies indie films. This stuff is great… maybe NBC can pick it up to replace some of the crap they’ve been churning out.

Season 2 is available on YouTube. To see season 1 go to www.prettythingsss.com

Modern, contemporary & cutting edge work of the highest quality define this country’s newest art fair. Professional, dynamic and diverse describes the rigorous selection of participants who will introduce both residents and visitors to the US Capital to the energetic and exciting world of contemporary art fairs.
artDC—with 80 international galleries from across the globe, and a host of curators, museum directors, educators and arts professionals tapped to share knowledge—seeks to reach a new generation of arts enthusiasts who join the world’s passionate buyers of painting, prints, sculpture, photography, and new media works.
I will be at the Corcoran table from 10:30am -2:30pm on Saturday, April 28th. Stop by.
Posted by Steven Frost at 9:40 AM No comments: 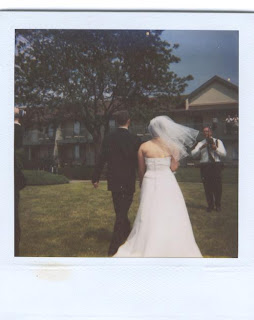 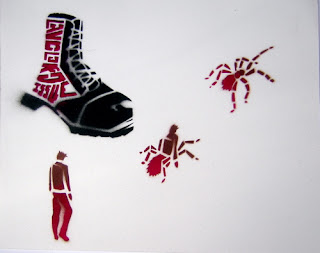 In celebration of turning 25, three artists came together for a collaborative 12 month project. Steve Frost, Theo Knox and Lindsay Stern met at Alfred University in 2000. Two years after they left Alfred the three decided to work collaboratively on a project that would focus on the transition from post-college idealist to late 20's idealist. In there respective cities: Ann Arbor, Santa Fe and Washington, DC, the three twenty-something artists did one self-portrait a month. The portraits were generated by questions that they posed to each other. In addition they worked through the mail on three collaborative pieces.

There 25th year marked a period of significant life changes, travel, self-reflection and true affection. During their 26th year the exhibition will travel from Ann Arbor to DC to Santa Fe.

watch for Tents: Detroit (April & May); Copenhagen (June & July)
Other projects from EVERYDAY PLACES
Posted by Steven Frost at 10:29 AM No comments:

Janet and Walter Sondheim Prize will be Announced Soon

The Janet and Walter Sondheim Prize was set to announce semi-finalists on April 17th, 2007. However the date has been pushed back. Gary Kachadourian, Visual Arts and Arts & Humanities Grants Coordinator for the Baltimore Office of Promotion & The Arts, circulated an email today saying:

"We had listed today, April 17, as the date for announcement of the semi-finalists for the Sondheim Prize. We do not have that information ready yet but will let you know by email as soon as we are able to. We are hoping this will be in the next few days but may take a little longer. I am terribly sorry for the inconvenience."

"The Baltimore Office of Promotion and the Arts recently announced that the $25,000 Janet and Walter Sondheim Prize would be awarded again at Artscape 2007. The award, given to an artist living in Maryland, Washington, Northern Virginia, or Southeastern Pennsylvania, debuted last year to commemorate Artscape's 25th anniversary and was awarded to Baltimore artist Laure Drogoul (Art, July 19, 2006). This second year is the next step in making the award an annual gift."- Baltimore City Paper

Check back in the next day or two for results.
Posted by Steven Frost at 10:51 AM No comments: